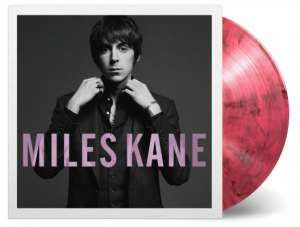 Miles Kane debuted as a solo musician in 2011 with Colour Of The Trap. The album received positive reviews from the press, who praised the album for its ‘60s vibe and diversity. Three singles were released from the album, with “Come Closer” as the most successful one. There’s co-writing from Gruff Rhys, harmonies from Noel Gallagher and vocal duties from Alex Turner. The effective guitar melodies and Kane’s smooth vocals marks this album as a great debut, going from psych-pop to Britpop. His love for the 60’s is all over the record, but he’s still brining it with his own blend. Colour Of The Trap is just a wonderful album.

Colour Of The Trap is available as a limited edition of 2000 individually numbered copies on coloured (pink & black marbled) vinyl.