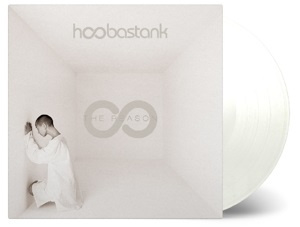 180gr./Insert/First Time On Vinyl/1500 Cps Clear Vinyl
1-LP Holland
Rock
Coloured Vinyl, High Quality, Insert, Anniversary Edition
Hoobastank second release The Reason was their ultimate breakthrough album. Big part in this success was the title song which topped the charts worldwide and got about half a billion views on YouTube. The teenage poetry can be found on most songs on this post-grunge album. With their uplifting choruses they created another energetic record. The one-two opening punch "Same Direction" and "Out of Control" shows their catchiness and some pleasant singing. It’s an album where you hear the development of Hoobastank.

Hoobastank sold over 10 million albums during their almost 25 years of existence and released six studio albums to date.