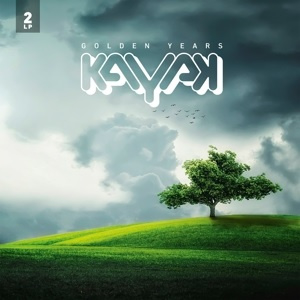 The new one-artist compilation series Golden Years brings together the very best of legendary bands and artists. Each 2LP release includes the featured artists A-sides plus some extra gems like promo-only singles or rare B-sides.

Like many other symphonic rock bands, Kayak was never a singles-driven band. Their albums were all pieces of art in their own rights. Even so, the band managed to score a number of top 20 hits in the 1970’s including “Lyrics”, “Mammoth“ and “Starlight Dancer“. Their biggest hit came in 1979 when they released the single “Ruthless Queen“, which went all the way up to number 6. The band still releases new music to this day.

Available as a limited edition of 1000 individually numbered copies on transparent green vinyl.