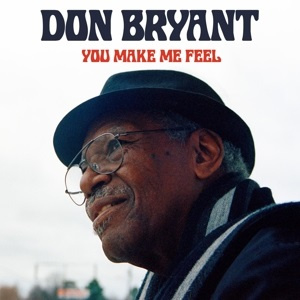 The interim between Don Bryant’s debut LP “Precious Soul” in 1969 and his proper follow-up “Don’t Give Up on Love” in 2017 might seem unusually long to most music fans. But that doesn’t mean the 79-year-old singer wasn’t at work for the nearly 45 years on the sidelines of the soul scene. Now on his second release since returning to solo soul stardom, Bryant is capitalizing off the success of his 2017 release “Don’t Give Up on Love.” On his newest album “You Make Me Feel,” he’s also reaching back into his own catalog, with a fresh take on songs he wrote long ago. From reprises of his own songs such as “Don’t Turn Your Back on Me” and “I’ll Go Crazy,” Bryant finds new emotions within himself to share, alongside a cover of Little Junior Parker’s “Cracked Up Over You,” which Don admits he forgot he wrote after so many years of contributing to other artists’ catalogs. Most touching, however, is a new version of “99 Lbs.,” in which Don sings about his loving wife Ann Peebles, as she no longer sings about herself. In addition to giving new life to his classic material, Bryant’s latest collection includes new, never released songs.