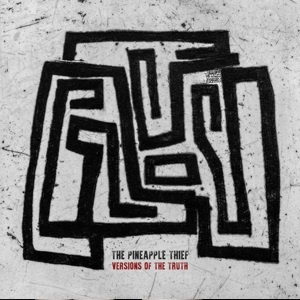 ‘Versions Of The Truth’ - out through Kscope - is the latest instalment in the band’s deserved (and welcome) rise to success.

With the release of their new album, The Pineapple Thief is set to raise its exceptional standards once more, having produced what may be one of the most important albums of 2020.

‘Versions Of The Truth’ represents a conceptual progression from ‘Dissolution’ (a contemplation on our ‘post truth’ world) and lyrically tackles similar themes, but from a more personal perspective. Reflecting on how there can be more than one ‘version of the truth’, the album’s songs revolve around the impact the media can have on our lives and the people we love.

Recording began at Bourne Place (London) and Soord Studios (Yeovil) after the band had completed its US tour (October 2019 to April 2020), with engineering handled by Bruce Soord and Gavin Harrison. The album has been mastered by Steve Kitch.