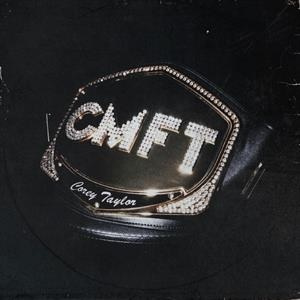 CMFT has been a long time coming for Taylor, with newly written tracks alongside some dating back to his teens. Recorded at Hideout Studio in Las Vegas, with producer Jay Ruston and his band—Christian Martucci [guitar], Zach Throne [guitar], Jason Christopher [bass], and Dustin Robert [drums]— the album traces a wild and exhilarating roadmap through Taylor’s musical psyche. “HWY 666” kicks off the album barreling ahead with a devilish twang, while “Silverfish” peels back the layers of Taylor’s songwriting as acoustic guitars build to a high wire balance of hooks and heft. An ominous bass line gives way to pummeling wah-ed out guitars on “Culture Head” and the moving piano-driven “Home” offers a raw glimpse at Taylor’s immense vocal range.