Jarrod Lawson - Be the Change (2LP) 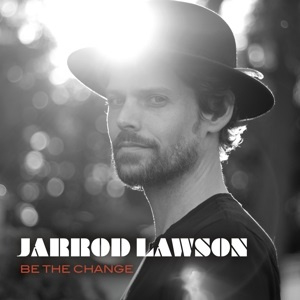 Portland, Oregon singer-songwriter-pianist Jarrod Lawson emerged seemingly out of nowhere, at 37, with a self-produced debut that took the world of soul and jazz by storm. Within a whirlwind couple of years the former stonemason played sold-out shows at London’s Ronnie Scott’s Club and Jazz Cafe, headlined London Shepherds Bush Empire, performed at the London Jazz Festival, Love Supreme and North Sea Jazz festivals and powered his way into the Dutch Top 40 album chart. He has since performed in Tokyo, Melbourne, at Indonesia’s Java Jazz festival and at leading jazz venues across the US.

Describing him as the “blue eyed soul boy of jazz”, the London Evening Standard wrote: “It’s not just Lawson’s wide ranging tenor and ability to swing, scat and groove that has made him the biggest soul-jazz sensation in years. It’s the way he’s bringing spirituality back to a genre that had lost its depth”.

Lawson is now back, with his long-awaited second album “Be The Change” - accompanied by a talented band that benefits from the rhythmic presence of Grammy-nominated percussionist Sammy Figueroa, whose playing in a lengthy career has graced dozens of albums from artists as diverse as Miles Davis, Sonny Rollins and Quincy Jones to Hall & Oates, Chic and Carole King.

Lawson’s trademark layered harmonies and vocal phrasing, his jazz fusion arrangements and his stunning keyboard skills are in evidence throughout, notably on title track “Be The Change”, “Universal Chord” and “How Long”. On the beautiful, intimate “I’ll Be Your Radio” he is joined by Amber Navran on vocals and flute and her fellow members of Los Angeles alternative R&B trio Moonchild, while the smouldering torch song “Love Isn’t Enough Always Enough” has under-stated trumpet and flugelhorn accompaniment.