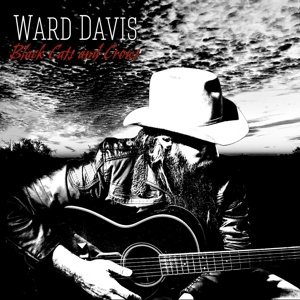 Davis’s much-anticipated third album, Black Cats and Crows, is finally finished. It is a triumph: a muscly country-rock record filled with murderous story songs, heartbreaking vulnerability, and that unmistakable voice––Davis’s weathered croon, a gift, barrel-aged then left out in the sun. Produced once again by Jim “Moose” Brown, Black Cats and Crows is anchored in twin pillars: care for craft and disdain for sterility. Crackles and breaths come alongside outright virtuosity and skill, and the effect is warm and humanizing. "This is my coping mechanism. I know music is a coping mechanism for a lot of people,” Davis says. “It’s important that it’s crafted well, but it’s also important that it’s honest so that people can relate to it and get something out of it.”

Davis has earned a legion of fans, loyal and spread out across the country. His 2015 debut album, 15 Years in a 10 Year Town, introduced a compelling artist who, up until then, had turned Nashville heads as a player and writer for others: Willie Nelson and Merle Haggard, Trace Adkins, Wade Hayes, Sammy Kershaw, The Roys, Jimmie Van Zant, and more recorded nuggets penned by Davis, and he’d held down a steady gig as Ray Scott’s keyboard player for years. In 2018, he released a gut-wrenchingly beautiful EP, Asunder, and continued to tour hard, winning over city after city.