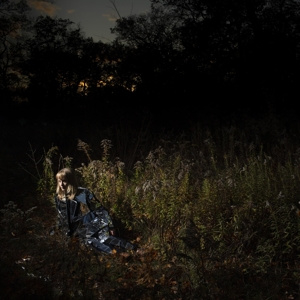 1-LP Holland
Rock
Toronto songwriter Tamara Lindeman has remade what The Weather Station sounds like; once again, she has used the occasion of a new record to create a new sonic landscape, tailor-made to express an emotional idea.  Ignorance, Lindeman’s debut for Mississippi label Fat Possum Records, is sensuous, ravishing, as hi fi a record as Lindeman has ever made, breaking into pure pop at moments, at others a dense wilderness of notes; a deeply rhythmic, deeply painful record that feels more urgent, more clear than her work ever has. Ignorance lets go of most of the folk or roots inclinations that coloured Weather Station albums of the past; whereas the S/T felt steeped in Young and Dylan, this album has flashes of The Colour of Spring or Avalon or Tusk.

Most of the songs are underlaid with pure rhythm: a disco beat, a rock beat, played with emotion and precision by Kieran Adams (Diana).  The bass, played by Ben Whiteley, similarly hews to the straight and narrow; sometimes not changing notes for minutes at a time.  But these straight musical elements are paired deliberately with elements of chance and freedom.  Percussionist Philippe Melanson (Bernice) was given his own booth and free reign to improvise on each take, filling each song with rhythmic surprise.  Lindeman brought in jazz musicians Brodie West (The Ex) on saxophone and Ryan Driver (Eric