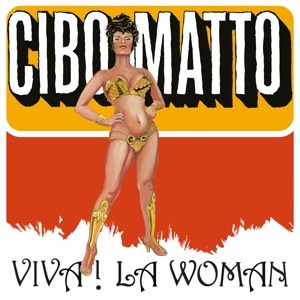 EAN-code:
Drager: LP
Releasedatum: 26-02-2021
180gr/Insert/1000 Numbered Cps On Transparent Red Vinyl
1-LP Holland
Dance / Triphop
Coloured Vinyl, High Quality, Insert
Cibo Matto was a Japanese-American band formed by Yuka Honda and Miho Hatori in New York in 1994. Their debut album Viva! La Woman is the only album to be released by them as a duo, before Sean Lennon, Timo Ellis and Duma Love joined the band. It therefore also sounds quite different from the rest of the Cibo Matto catalogue: the album is best described as a trip hop fused with pop and alternative hiphop, and its lyrical subject matter is mostly concerned with food. Two singles were released from the album: “Birthday Cake” and “Know Your Chicken”. The album was critically acclaimed by music critics, whom labeled it innovative and catchy. The record is released as a limited edition of 1000 individually numbered copies on transparent red coloured vinyl, and the package contains an insert.
Tracklist: