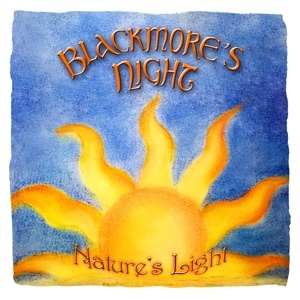 “Nature’s Light”, Blackmore’s Night’s eleventh studio album and their first in six years, will be released on March 12th, 2021 – followed by the band’s entire catalogue later in the year.

“Our music is an escape from the stress and pressure of modern times. Journey back through time with us, to a simpler, magical time where music enters your heart and soul”, say Candice Night and Ritchie Blackmore.

The ten new tracks make for a remarkable new record – one that could only have been written by Ritchie Blackmore and Candice Night. Once again, the duo is able to mix the tradition of British Folk music and love for the Renaissance sound with their style, inspired by myths and legends of ancient times. Escapism reaching towards an ideal beauty found in different time, as understood perfectly by the audience that renew its love for Blackmore´s Night since its formation.

While the album is rooted in a traditional approach, fans of Ritchie Blackmore’s unique style will once again not be disappointed. Heartfelt ballads such as a brand-new version of ‘Wish You Were Here’ set the scene for magical tales on ‘Four Winds’ and ‘The Twisted Oak’. For the two instrumental tracks - ‘Darker Shade Of Black’ and ‘Der letzte Musketier’ – Ritchie shows that his unmistakable Fender Stratocaster guitar sound is still magic as it always was!