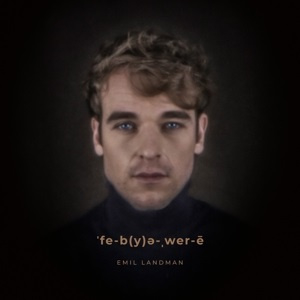 Emil Landman is set to release his fourth album this year… and it’s unlike anything he’s ever done before.

The days of Emil Landman sitting in a field of flowers, acoustic guitar in hand are gone. The new Emil Landman dives into the deep unknown balancing between battering drummachines and electronic soundscapes, but never losing sight of the perfect pop melodies Landman is known for.

After 10 years of traveling, writing songs and recording all over the world, the Amsterdam born songsmith Emil Landman found his new artistic home in Brooklyn, New York. From the cold winter months to the spring of 2019, Emil dived deep into NY’s eclectic music and art scene. Cycling through the most expressive parts of the inner city, Landman found a sound reflecting the cold, fast, distant and crowdedness of Manhattan. His music feels icy, adventurous, wild and untamed in comparison with his previous records. While still keeping true to his gentle, brittle voice thats able to reach out and grab you. He describes his creative process to be one of letting go, getting out of his own way and letting the songs completely dictate the direction of what would become his 4th full length album “February”. Opening up about dealing with anxiety, the future and the insignificance in the world the intro to February state the following chopped up words. “My Mind Get’s Real Dark, Real Quick, At The Flick Of A Switch That’s It”.

Where the undertone of the record can be dark at times songs like “Shoulder”, “All The Best Things” “Yeah, We’re Fire” cover lighter topics like building little apartment huts from blankets, looking back at a road trip through the USA and skating on a rooftop halfpipe in Indonesia.