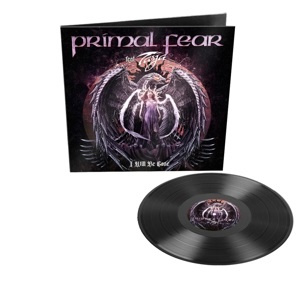 A 5-track single, built around an exclusive new rendition of their achingly beautiful ballad ‘I Will Be Gone’, re-recorded with none other than Finnish metal diva extraordinaire, Tarja Turunen. “There were three famous vocalists on our final wish list,” Mat Sinner comments. “That it was Tarja who got involved in this song is a matter of pure joy for all of us. The song, fragile and touching, gets an altogether new and deeply melancholic vibe with Tarja’s unbelievably emotional performance, showcasing a different facet of PRIMAL FEAR. Yet, it’s not the only gift they deliver on this 5-track sensation -just take ‘Vote Of No Confidence’ for example, an all-new, previously unreleased beast of a song. Clocking in at over six minutes, this storming, furious anthem gives a brilliant glimpse of things to come. Previously only available as bonus tracks on the limited “Metal Commando” digipack, three more tracks complete this release; enchanting guitar instrumental ‘Rising Fear’, massive mid-tempo smasher ‘Leave Me Alone’, and heavy metal monument ‘Second To None’, making ‘I Will Be Gone’ so much more than just another off shoot of a successful album.