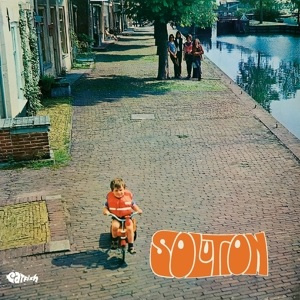 Solution were a Dutch rock band that were active from 1970 to 1983, with an additional reunion taking place in 2006. Solution is their impressive self-titled debut album, which was recorded over just three consecutive days in 1971. Blending psychedelic and prog with jazz, Solution created a unique sound. Some of the tracks, such as “Koan” and “Circus Circumstances” (the latter of which was based on a composition by French composer Jacques Ibert), see the band playing frantically as an ensemble, while the shorter and more peaceful “Preview” provides a nice change of pace. The theme of “Preview” ended up being used on later releases by Solution as well.

In order to celebrate the 50th birthday of this groundbreaking album, it is finally released on coloured vinyl for the first time. It’s available as a limited edition of 500 individually numbered copies on orange vinyl.