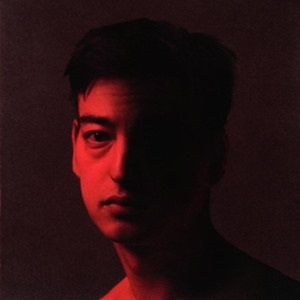 Japan-born singer and producer Joji is a multi-talented visionary, with a cult following from every corner of the internet. Joji is one of the most enthralling artists of the digital age. He has a total vision for his work, not just in the writing and producing of his music, but artwork, videos, merch, and live performances as well. It’s a fully realized world that his fans can inhabit and explore—and see themselves in. “My music is not biographical,” he says, but even still, the deep, heavily shaded emotions in his songs are genuine and they speak to anyone who has ever felt stuck on the outside looking in, who knows what it means to not belong. In 2019, Joji sold-out his North America tour within minutes and performed at some of the most coveted festivals across the world, including Reading & Leeds in the UK and Lollapalooza. As Joji surpasses 3.7 billion global streams, 2020 promises to be his biggest year to date. Joji’s RIAA Gold-certified first full-length album BALLADS 1 was released in October of 2018 and has 2.2B+ streams to date. The album debuted #1 on the Billboard R&B/Hip Hop chart making him the first artist from Asia to do so. The album intimates a spectrum of conflicts and experiences in romantic relationships — from desire, unattainable love, torment, to self-loathing. BALLADS 1 also represents Joji’s evolution as an artist since the release of his debut EP In Tongues in November 2017. The album is mostly self-produced, with notable collaborations from producers Shlohmo, Clams Casino, Thundercat, RL Grime, Patrick Wimberly, and Jam City. Joji’s sophomore studio album, Nectar, has already garnered 488M+ streams across all singles –with “Sanctuary” earning RIAA Gold certification. Reacting to these singles, critics have already recognized Joji’s growth as an artist from BALLADS 1 to Nectar. Featuring production from Bekon & The Donuts (Kendrick Lamar’s DAMN., Rich Brian’s The Sailor), Justin Parker (Lana Del Rey’s “Born To Die”, Rihanna’s “Stay”), Kenny Beats (Ed Sheeran’s “Take Me Back To London” and DaBaby’s “Toes”), Justin Raisen (Yves Tumor’s Safe in the Hands of Love, Ariel Pink’s Pom Pom), and more, the album’s thematic and sonic diversity remains unified by Joji’s lyricism and tone. With features from some of the world’s most promising young talent, Nectar is set to be Joji’s biggest release to date.