Steve Cropper - Fire It Up (LP) 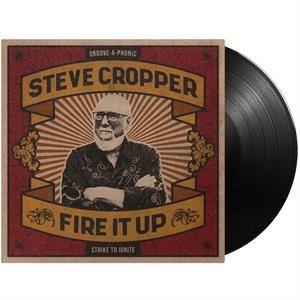 180gram
1-LP Holland
Rock / Guitar
High Quality, Insert
‘Fire It Up’ is a return to form for Steve Cropper. It has its roots in sessions with Felix Cavaliere. They did some basic tracks that wound up not fitting on their two releases, but captured good grooves, which were salvaged by album producer Jon Tiven. Cropper is both guitarist and producer on this album. But even after all these years he remains modest about his musical abilities. Cropper’s accomplishments make him careful and selective about what he will put his name on, so you won’t be surprised if this new album echoes sounds of yesterday combined with eternally infectious grooves.