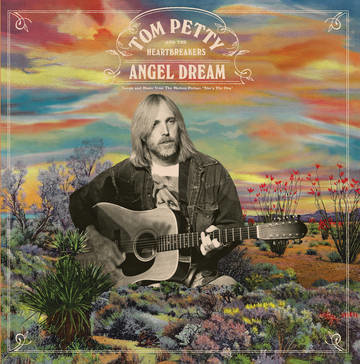 Angel Dream is a special reimagining of the album She’s The One to celebrate the 25th anniversary of its original release. This also brings to a close the celebration of Tom Petty’s masterpiece Wildflowers, as most of the songs on this album were recorded during the same time period.  She’s The One included some songs that were left off the original Wildflowers album, recently included in the Wildflowers & All The Rest re-issue. To take the place of those songs, four previously unreleased songs have been added here – two Petty originals (“105 Degrees” and “One of Life’s Little Mysteries”), a cover of JJ Cale’s “Thirteen Days”, and the instrumental “French Disconnection”.  An extended version of “Supernatural Radio” is also included. The album has been remixed & remastered and brand new cover art commissioned – emphasizing that this is a Tom Petty & The Heartbreakers album, rather than a soundtrack album.  This very special version for RSD Drops is pressed on cobalt blue vinyl.