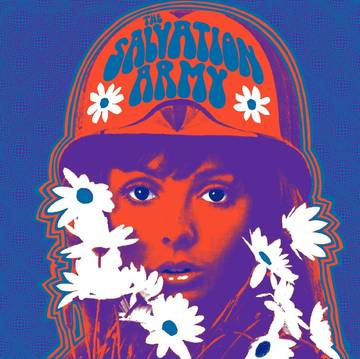 Before The Three O'Clock, Michael Quercio was the lead singer/bassist of The Salvation Army, who released their self-titled album just six-months after releasing their debut single on the New Alliance label, owned by D. Boon of the Minutemen. In celebration of its 40th anniversary, that self-titled album is being re-issued, with its original name, on colored vinyl for the first time since its 1982 release, for RSD Black Friday.

Side A:
1. She Turns To Flowers
2. Upside Down
3. The Seventeen Forever
4. Mind Gardens
5. Grimly Forming