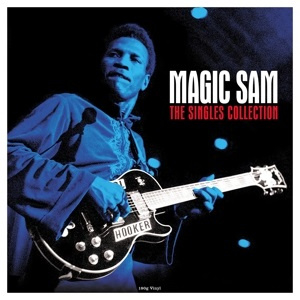 Listening to Magic Sam playing and singing from a twenty first century perspective shows distinctly how he was pushing the blues in a rockier direction and influencing many subsequent players. During the sixties he attracted many new fans with two fine albums on Delmark Records that have remained very collectable. This fine album represents the first phase of his career and captures his distinct guitar playing with its crisp and sometimes choppy attack. He was very much a second-wave bluesman on the Chicago scene, but obviously had so much to offer in terms of taking the blues in new and exciting directions.