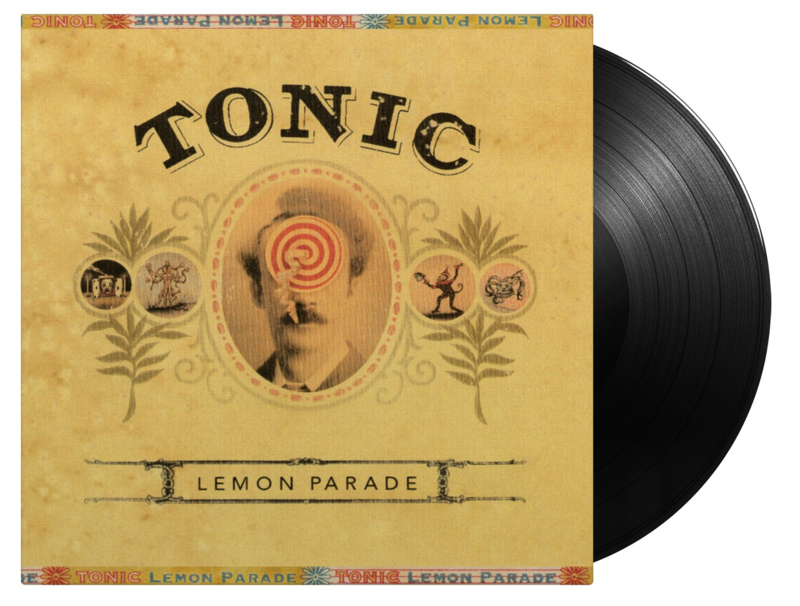 The story of Tonic revolves around the longstanding, close brotherhood shared among members Emerson Hart, Jeff Russo, Dan Rothchild and Kevin Shepard. Russo is best known for his work as a soundtrack composer, notably Star Trek: Discovery, Star Trek: Picard and Fargo. For this latter Russo won the Primetime Emmy Award for Outstanding Music Composition for a Limited Series, Movie, or Special in 2017.

This Grammy Award-nominated Multi-Platinum trio released their debut album Lemon Parade in 1996. The album was produced by Jack Joseph Puig, who also worked among The Black Crowes, Green Day and No Doubt. The album included the hit single “If You Could Only See”, which became a #1 hit on the Billboard Mainstream Rock Track Charts and reached #11 on the Billboard Airplay Hot 100, where it remained for 63 weeks.

Lemon Parade is available on vinyl for the very first time and includes an insert with lyrics.