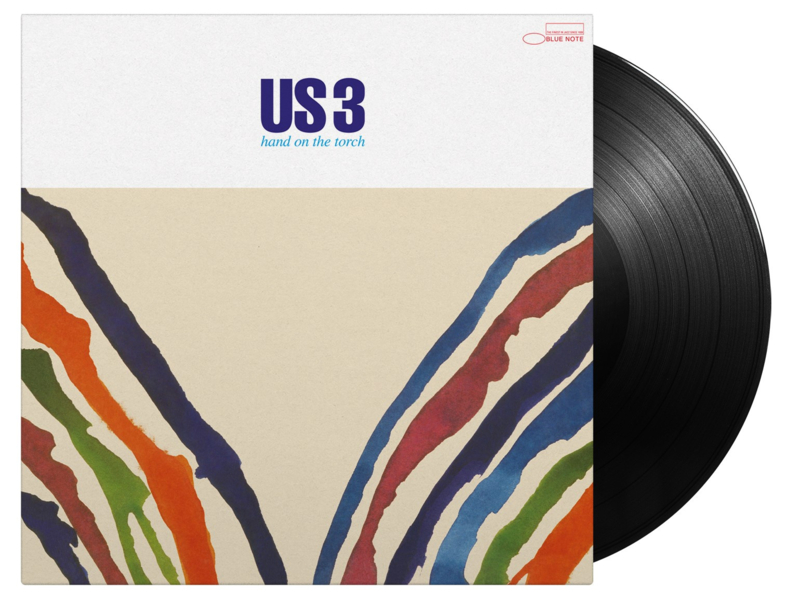 • 180 GRAM AUDIOPHILE VINYL
• INCLUDES INSERT
• A MIX OF JAZZ AND RAP USING SAMPLES OF BLUE NOTE CLASSICS
• FEATURING THE HIT “CANTALOOP (FLIP FANTASIA)”, “I GOT IT GOIN’ ON” A.O.

The British jazz/hip hop fusion collective Us3 founded in 1992 in London and its notable members included producers Mel Simpson and Geoff Wilkinson. The group scored a major hit in 1994 with “Cantaloop (Flip Fantasia)”, a track that displayed the group’s fondness for sampling classic recordings from the Blue Note label (in this case, Herbie Hancock’s “Cantaloupe Island’). The track was included on their debut album Hand On The Torch.

The album was a result of their connections with Blue Note owner Capitol Records, which gave Simpson and Wilkinson free rein to sample anything from the Blue Note catalog. Together with several musicians and rappers Kobie Powell and Rahsaan Kelly, they sampled a series of Blue Note classics, from Art Blakey and Thelonious Monk, to Horace Sylver and the previously mentioned Herbie Hancock. With the release of Hand On The Torch, Us3 had forged one of the most elaborate union between styles and became one of the best-selling jazz albums on the Blue Note label.

Hand On The Torch includes an insert.